The role of the wife of the United States President was never precisely defined. Historically, it was mostly a ceremonial role consisting of being the Hostess of the White House. The title “First Lady of the Land” was first applied by press publications to Mary Todd Lincoln. This vagueness gave our first ladies much leeway to interpret their role in their own way. And they did. 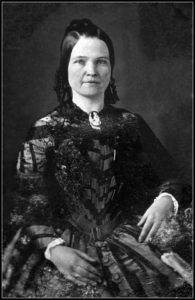 Some were indifferent. Mary Lincoln said: “I do not belong to the public. My character is wholly domestic, and the public has nothing to do with it.” Pat Nixon adopted the same traditional role and only wanted to go down in history as the wife of the President. Bess Truman kept a very low profile and admitted that she never wanted to be in that “unpleasant situation.” The same was true of Mamie Eisenhower. She too deferred to custom and kept mostly invisible and often absent. 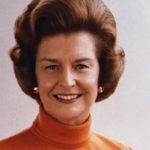 By contrast, we have Betty Ford who started out as a very reluctant First Lady but gradually warmed to the position and took important actions during her tenure. She publicly admitted her addictions to drugs and alcohol and made efforts to combat them; she also spoke openly of her breast cancer and encouraged the use of mammograms for women.

Betty Ford supported the 1973 Roe v. Wade decision of the Supreme Court to legalize abortion. She also lobbied for the passage of the Equal Rights Amendment which would ensure equality before the law for women. 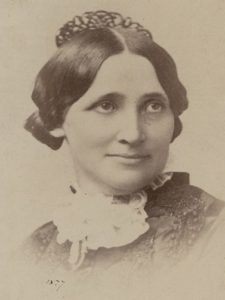 I find it interesting that Lucy Hayes, who was also a traditional wife and mother nevertheless had this to say: “Woman’s mind is as strong as man’s…equal in all things and superior in some.” This was not a generally held view in the 19th century. In those days many women had no formal education. 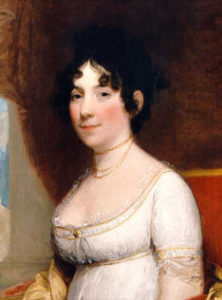 Dolley Madison was the first president’s wife who saw her role as equally important to that of her husband. She was a successful hostess, redecorated the White House and founded a Washington DC home for orphaned girls. She exerted political influence.

During the War of 1812 when our government had to flee from the Capital, she removed the large portrait of George Washington from the wall to save it from being burned by British troops. She is also credited with saving and preserving the founding fathers’ documents. 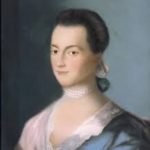 Abigail Adams, wife of President John Adams and mother of President John Quincy Adams, was also a remarkable woman in her own right and a real partner to her husband. She had run a successful farm without slave help, seen to the education and upbringing of her many children and was also among the first to have them inoculated against smallpox. 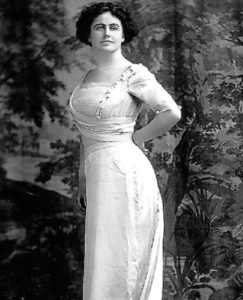 Edith Wilson went even further in exercising power. When President Woodrow Wilson suffered a stroke she secretly took on his functions, misleading Congress and the public about his condition. Without any authority she screened his activities until his death.

Oh, let’s remember Jackie Kennedy, who saved the Renwick Gallery and Grand Central Station from demolition, who restored the White House to what it is today and who tapped an unknown architect I.M. Pei to design the Kennedy Center, and of course the annual “kennedy Center Honors”.

Jackie Kennedy will indeed be remembered in the next blog.
Heo, I am glad that you mentioned her.
I would also encourage anybody to add anything to the achievements of our First Ladies

Lovely history, a reminder that those who occupy the white house make it what they want (for better and worse).

It’s probably fair to claim that for a year after the president’s stroke on Sept. 25, 1919, Edith was the president of the United States. Before his stroke, Woodrow allowed Edith to sit in on meetings and tactical sessions so she was very familiar with the country’s inner workings. While the president was incapacitated, Edith took on the duties of the president, without the public being aware of it.

It is amazing that they were able to keep it a secret.