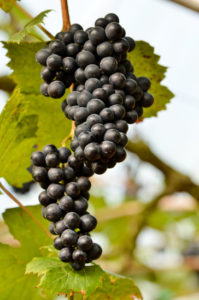 A news snippet caught my attention…Somewhere in South Africa, baroque music was being played in a vineyard and was credited with stimulating the production and improving the quality of the wine. I had heard of cows giving more milk and hens laying bigger eggs when they were serenaded, but unlike grapes, they have ears. Also why baroque music and not Strauss waltzes or Gregorian Chants? I was puzzled and decided to do a little googling. It turns out that it is not at all unusual to play music in vineyards for better quality wine. It has to do with vibrations and low frequencies. Loudness does not matter but it seems that plants do not like rock .

“Music has charms to soothe the savage breast, to soften rocks or bend a knotted tree” (William Congreve, 1697). Orpheus, it was said, could charm animals with his singing. The Pied Piper lured children with the magic of his instrument and don’t snake charmers control serpents with their flutes?

In “The Magic Flute” Pamino calls Tamina with his flute and Papageno pacifies wild animals with his glockenspiel. It also summons his bride Papagena to his side.

Do animals make music or feel its effects? Maybe their elaborate courtship rituals are accompanied by some melodic sounds. When we say that birds sing, is that what they really do? When dogs howl together are they performing in a choir? In laboratories it was found that rats did better and were faster after listening to Mozart. Pet owners know that their cats and dogs react to music. It sometimes agitates and sometimes calms them. But they are not really wired to appreciate sounds tailored to human ears. What strikes us as unpleasant or shrill may be music to them.

Researchers have found that music stimulates the brain and some are attempting to ascertain whether music can overcome depression or help people with Alzheimer’s since it can reach areas that words do not penetrate. Some melodies have traveled from so far away and so long ago that when we hear them we sometimes think we recognize them in a sort of ancestral memory.

In Robert Browning’s words: Who hears music feels his solitude peopled at once.

On, Simone, what a lovely, interesting post! As usual, your posts are, indeed, music to my ears!

Hi Simone,
What neat thoughts and images!
I love the beagle with earphones.
Dogs performing in a choir.
Music reaching areas where words do not penetrate.
And “solitude peopled.”