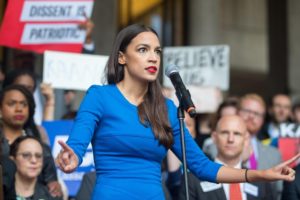 Political scientist Valerie M. Hudson wrote: “Men agreed to be ruled by other men in return for all men ruling over women.” It is because of male domination at home and in the political arena that women’s march toward full equality has been painfully slow and tortuous.

This year 110 women, nearly all Democrats, were sworn in as members of Congress. Among them is 29-year-old Alexandra-Ocasio-Cortez of New York who has cheerfully taken arms against the cavemen, including Caveman-in- Chief Donald Trump. At the same time, Nancy Pelosi has regained her gavel as Speaker of the House and Elizabeth Warren has stepped forward as a Presidential candidate.

Our valiant “leader” has taken up arms. He is leading the battle against women as he revives his kindergarten tactics of name calling and personal insult. Trump has also boasted of groping and making unwanted advances toward women. Other politicians have had to leave the political scene after admissions of sexual harassment, but Trump survives (for now), sitting defiantly in his chair with arms crossed and glaring.

During the campaign, Trump tried to silence two women by paying them off. But Stormy Daniels and Karen McDougal have now told their stories and others have been encouraged to speak up. 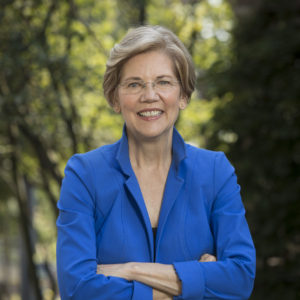 In the global arena, dictators have bolstered their power using overt sexism. In Brazil, newly elected President Jair Bolsanaro includes in his “revolution” the fight against “uppity women.” In the Philippines, President Rodrigo Duterte allowed his soldiers to each rape three women on the island of Mindanao. Viktor Orban in Hungary instructs women to bear more children. In Italy the right-wing regime seeks to eliminate child support and domestic violence laws.

Of course, it isn’t just now. During the French Revolution, the next order of business after toppling the monarchy was to ban women from inheriting property and holding senior teaching jobs. When fighting for their rights and liberties men have a willful blind spot. They do not include women in their demands and even go out of their way to remind them of their inferior status.

Before we give in to despair, let me mention that there are countries in Western Europe where women have a significant representation in Parliaments: 48% in Iceland, 44% in Sweden, 42% in Finland and 40% in Norway. These countries have a long tradition of gender equality at home with household chores and child-rearing shared equally. I think this is part of the reason for the political equality in these Parliaments.

Research shows the women in Congress have been more effective than their male counterparts at securing spending for their districts (The New Yorker, January 2019). This is good news for possible infrastructure projects. 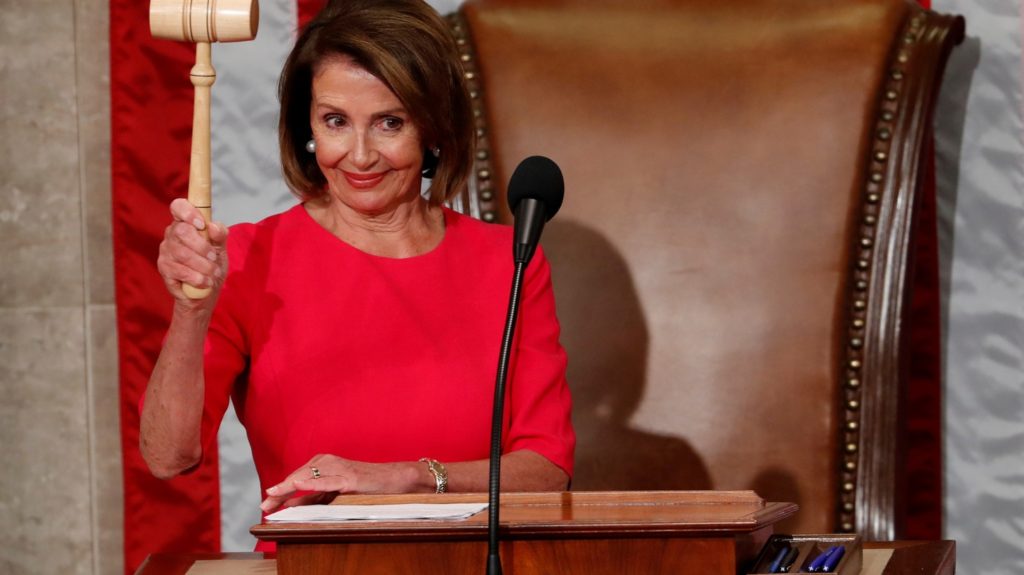 Whenever and wherever possible we should find ways to contribute to the advancement of women in politics. This can only lead to the betterment of women overall.

Here are some names and links to organizations that help women run for political office at all levels:

I think it’s time for a woman to be president. The “Donald” would make a total fool of himself if he had a female opponent in the election. Now that he’s gotten bolder, he would be attacking her even worse than he did with Hillary and I hope that would be enough to antagonize the silent majority to get off the couch and vote.

I agree and we may get our wish. This election season, there are a number of women currently running for president. Elizabeth Warren of Massachusetts and Amy Klobuchar of Minnesota are my current favorites and I look forward to watching them in the debates.

The Democrats would be making a big mistake to have a woman as their candidate to run against Trump. They would just be making it easy for the Republicans to win again. I just don’t think that it’s the right time. They should consider having a woman for the candidate’s running mate.

Not at all. I strongly disagree. Elizabeth Warren would ake chopped liver out of him.

Hahaha. Caveman-in- Chief? That got me rolling laughing hard. Well, let’s just say Donald Trump is one tiny electoral mistake we all must put up with for the time being. People say he’s not that bad and I’m tempted to believe them. But the thing is, he’s not that good instead.

Impressive. 110 women in this year alone. I say women are taking this political challenge very seriously. That’s not bad for a change. Let’s just see how things turn out and hopefully things go differently in a good way since the men are not also that much of a help right now.

We need more female in power in our own country. I think we have like a handful of them and to be honest, the ‘cavemen’ aren’t letting them function greatly. Talk about domination everywhere both at home and work. I think they can do marvelously when given the chance to. I’m totally looking forward to the next debate with female aspirants.

Unbelievable! President Rodrigo Duterte actually asked his soldiers to rape women? I still don’t want to believe that it actually happened. In a world as knowledgeable, exposed and civilized like ours, I can’t believe we still treat a set of people like they don’t matter at all. Hopefully, things get better with time.

I agree, countries with a long tradition of gender equality at home do well in accepting their women in politics as they believe that they can deliver just as good as the men. Places like Iceland makes us believe that there is still hope for women without seeing them as weak or not good for politics. We are totally going to send in the women this time.

Exactly, the women in Congress have been more effective than their male counterparts at securing spending for their districts. This goes without saying that women can perform greatly in an enabling environment. Give us the opportunity and you’ll be amazed at the results you get. I have a friend going into politics and it’s heartwarming to listen to her ideas and plans she hopes to work with when she gets there.