We tend to think of assassins as being men. That’s not surprising as men seem to be more interested in that sort of thing. Women are seen as the givers of life, so it seems out of character.

And yet, throughout history, women have been driven to commit murder based on strong motives usually having to do with politics and power. 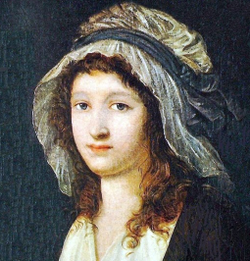 Charlotte Corday, born in 1768, was from a noble French family. She was associated with the more moderate Girondin Movement during the French Revolution. She believed the famous French revolutionary Jean Paul Marat was turning the revolution on a dangerous path. Using her credentials as a journalist, she obtained entrance to his home and, famously, murdered him while he was in his medicinal bath. Four days later, she was guillotined. She said she had “killed one man to save thousands,” but this turned out not to be the case. 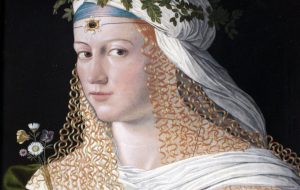 Lucrezia Borgia was born in Italy during the Renaissance into the notorious Borgia family which was known as evil, violent and politically corrupt. Anxious to meet the family’s standards, she earned her reputation as a poisoner and disposed of several husbands in this fashion.

Shi Jinqiao avenged her father’s beheading in 1925 after tracking his killer for ten years. Her father had killed a Chinese warlord.

Idola Lopez Riano, nicknamed The Tigress, is said to have killed more than 20 people whom she first seduced during the Basque war of independence from Spain. 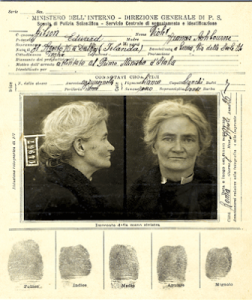 Violet Gibson , an Anglo-Irish aristocrat tried to kill Benito Mussolini twice but failed both times. She spent the rest of her life in a mental asylum. 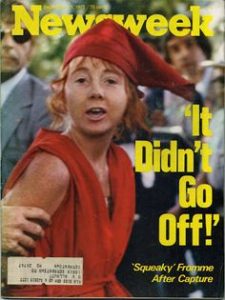 More recently and closer to home U.S. President Gerald Ford was targeted by two different female assassins in 1975. The attempts occurred within three weeks of each other. The first was Lynette “Squeaky” Fromme who pointed a semi-automatic pistol at the President in San Francisco and was immediately arrested. Seventeen days later Sara Jane Moore fired a revolver at him in Sacramento. She missed.

So much for the “weaker sex” misnomer.

Next time: Women who were assassinated.

EDITORS NOTE:  We hope you are enjoying these posts and we ask you most humbly to let Simone know that you are reading them. Your comments go a long way.

I would love to hear more about some of these women, especially the ones who are seldom mentioned in our history books. What was the Basque war for independence and what happened to that woman? And what about the Chinese woman?

1.The Basque conflict with Spain about independence is not universally shared by all Basque people. They actually have more self rule that any people associated with Spain,
﻿
2.Shi Jungiao , daughter of a military officer, chose a surname which meant “raised sword” to assassinate Sun Chuanfang, her father’s killer.

haha, awesome short summaries! So nice to be reminded that women are not always dainty little house wives. I didn’t know about some of these 🙂