Editor’s note: You’ll notice we are publishing a Mother’s Day blog on Father’s Day. You could say we are very late…or perhaps very early. 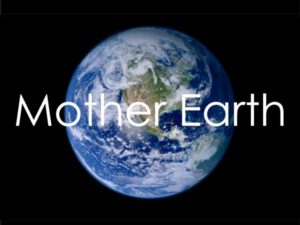 Why was I unaware of Mother’s Day until I arrived in the United States in 1948? I spent most of my childhood and early life in Beirut and Tel Aviv. This was in the 1930’s and Mother’s Day was not celebrated in the region at that time.

The idea, however, was far from new. Cybele was an Anatolian Mother goddess. She may have been the precursor of mother worship in antiquity, She was partially adopted by the Greeks and Romans in the 6th century BCE and was incorporated into their deities cult.

Pharaohnic Egypt celebrated Mother’s Day 7,000 years ago. They had an annual festival in honor of Isis, who was the mother of Pharaohs and represented the ideal mother.

In modern Egypt a secular Mother’s Day was reintroduced and became an official holiday on March 26, 1956. From there the tradition spread to the rest of the Arab World. So when I was growing up in the Middle East during the 1930’s, the celebration of Mother’s Day had not yet returned from antiquity.

In France, where I lived after World War II, Mother’s Day, la Fete des Meres, also has an interesting history. It began as an encouragement to mothers to have large families to repopulate France after the loss of nearly 1,300,000 French solders and civilians killed in World War I.

Marechal Petain reintroduced the idea in 1941 for the same reason. However during my time in France, 1945-1948, there were no celebrations of Mother’s Day at all. It was not until May 24, 1950 that Mother’s Day was officially decreed by law.

In the United States Suffragette Julia Ward Howe had already written a Mother’s Day Proclamation in 1870 asking women to unite to promote world peace. Anna Jarvis created Mother’s Day in 1908, and it became an official holiday in 1914. President Wilson signed and officially established Mother’s Day to be on the 2nd Sunday in May.

As is the case with many celebrations, merchants quickly pounced on the occasion to promote gifts, flowers and candy. More phone calls are made on Mother’s day than at any other time. This commercialization caused Jarvis to try to remove the day from the calendar. Too late for that.

So how do I feel about Mother’s Day, now that I live in a country that celebrates it?

I would say that I am rather indifferent and have no strong feelings about it one way or the other. My family did not even celebrate religious holidays when I was growing up, because my parents were aggressively secular. Although Mother’s Day is a secular holiday, I am not really invested in it. If people want to send me good wishes I will be grateful for them, but if they do not I shall not be devastated.

Editor’s note: Your good wishes, of any kind and at any time, are always most welcome to Simone.

I think that if you are generous with your praise and let people know that they are important to you every day then the various holidays like Mother’s Day and Father’s Day are unimportant. My wife and I don’t celebrate Valentine’s Day and instead make it a point to show our love for each other daily.

Friends of mine in Japan told me that they celebrate Mother’s Day on the second Sunday in May. Usually flowers are the gift of choice, especially red carnations. The egg is symbolically associated with the holiday so making a delicious Japanese dish like Chawanmushi for Mom would really be a hit.

I think we created these holidays to have an excuse to cook delicious dishes.

Well, I also think we created holidays as an excuse to show we care and then after that day, everyone hibernates their care and wait to bring it out on the next holiday. It’s not like I don’t celebrate mother’s day, I just don’t make it a special day as I see it as any other day. I care for my mum almost every day. I go visit during the weekends and we cook delicious meals together. Why wait for a special day to do that once a year when I’m not sure she’ll be around for long. I say,… Read more »

Lol. Just like every other occasion, merchants use this day to promote gifts, flowers and foods. It’s surprising how more phone calls are made on Mother’s day than at any other time. Then I wonder whether people even remember their mothers before mother’s day or do they just wait till that day before they shower her with love and care.

It has been commercialized.

At my age as a mother now, I prefer having my kids around on normal days or having them call to check on me on regular days. Any of them who can’t call you or send you even a single gift until mother’s day is really not thinking about you or having you in their minds always. They probably just woke up that morning and heard people talk about mother’s day and buying gifts and they decide to join the bandwagon. Every other love, gift or call I receive outside mother’s day are what gladdens my heart and make me… Read more »