I am thinking about famine. Although there have been famines throughout history due to crop failure, this is not only a phenomenon of the past. It is still happening. Today over 30 million people are experiencing acute hunger and malnutrition in Nigeria, South Sudan, Somalia and Yemen. 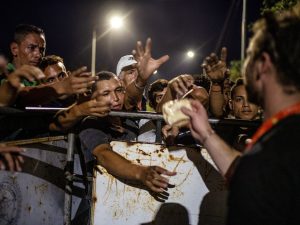 And of course in the US, the pandemic has called on Americans to rise to the challenge of providing sustenance to tens of millions of people who now cannot afford food. This country has been pretty good at preventing its own people from starving and we are doing fairly well in the current crisis. (at least foodwise) It’s not a famine, but it reminds me of one. 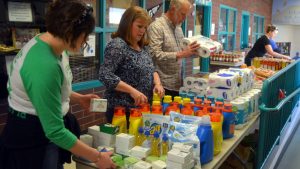 The Bible is awash in stories of famine. It was one of the reasons the Israelites fled Egypt. 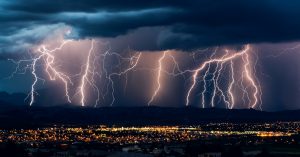 “…And the Lord God sends famines to his people when he is displeased with their behavior.” (it sounds biblical, but I adapted it)

This view of God was promoted by the leaders of the time who were autocrats and ruled supreme over their people. It was easier to keep control in the name of God. Who could argue?

(Editor’s note: Asked Simone if “of the time” above referred to a particular time. She thought about it said, “Almost all the time.”)

The Irish potato famine devastated that country between 1846 and 1851 resulting in over a million deaths from disease and starvation. As a result, a mass exodus of Irish fled their country and arrived on the shores of the New World, settled and eventually prospered.

It wasn’t until two years ago that scientists isolated the pathogen that set off this catastrophe. I’m thinking the Irish were over-dependent on a single crop.

Many famines occurred in Russia and Ukraine despite the fact that Ukraine was so fertile it was called the “bread basket of Europe.” Joseph Stalin’s policy of forced collectivization was intended to abolish private property, but when what you plant is no longer yours, your motive for working hard no longer exists. Millions died because of this tragically misguided policy.

In 1932-33 and again in 1946-47, Stalin’s failed thinking in dictating crop choices caused artificial ideology-based famines. Powerful leaders can cause a lot of trouble. 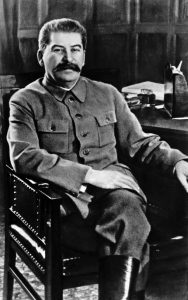 Today’s famines are partly caused by water shortage and climate change, but also result from war and and political upheval. Refugees cannot stop to plant crops, when they are fleeing .

Nobody should die of starvation today and yet it happens because people cannot find ways to resolve their conflicts.

My great-grandfather came as a small boy with his parents from Pomerania, fleeing, I believe, famine, though it may have been for political reasons. My father studied the Russian revolutions and aftermath, particularly the agrarian aspects.
Ingrid