Continuing this journey through American First Ladies, here are four more. They haven’t captured my imagination as much as those in the previous blogs, but there are interesting things to note about all of them. 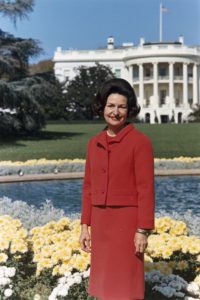 Lady Bird Johnson was often ignored by her husband, but nevertheless helped promote Project Head Start as part of Lyndon Johnson’s War On Poverty. However, she is mostly associated with a Beautification Program which consisted of landscaping, flower planting and designing a more beautiful capital. She developed the National Mall and created the Jacqueline Kennedy Garden and the Children’s Garden on the White House’s south lawn. Elsewhere in the country, she promoted highway beautification and was responsible for significant amounts of floral landscaping throughout the country. 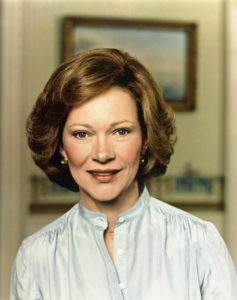 Rosalyn Carter saw herself as the adjunct to the President. She traveled everywhere with him, attended cabinet meetings, had her own office in the East Wing and liked to take part in domestic and foreign affairs discussions. 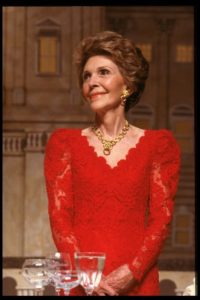 Nancy Reagan was the wife “par excellence” and seems to have been created solely for admiring Ronald Reagan. One of her other activities was promoting drug education but she was mocked for her somewhat simplistic “Just say no” approach to the problem. 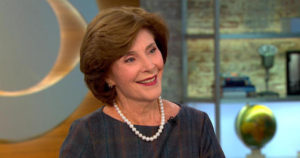 Laura Bush was a steadying influence on a weak, erratic and less well-educated president. She was interested in promoting early childhood education and active in a program called “Preserve America” whose aim was to protect and celebrate our culture and national heritage. She had the misfortune of being First Lady during the 9/11 attack which cast a pall on the presidency.

Editors note: We encourage your comments….

I remember driving on a long stretch of Texas highway where there was no single billboard but endless stream of happy and beautiful wildflowers. Thank you Mrs. Johnson for your beautification project.

Claudia Alta Taylor “Lady Bird” Johnson was a strong woman that helped the country through a difficult time. She helped the nation after Kennedy’s assassination with her Texas hospitality and charm. Her devotion to Lyndon was evident and made sure to keep his memory alive by establishing the Lyndon Baines Johnson Library. We can only hope that we will have more First Ladies like her.

On the whole we have had good luck with our First Ladies and Lady Bird was no exception.