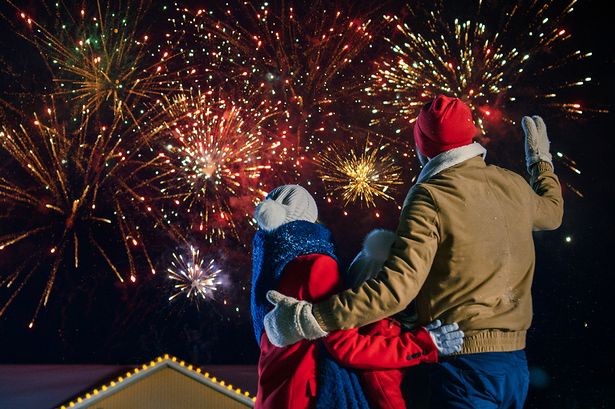 The start of a new year answers an age-old yearning by humans for a fresh beginning, the equivalent of an animal’s shedding of an old skin to replace it with a new, shiny and unwrinkled one. (And don’t we wish that we could). Perhaps we even wish to abandon our chrysalis altogether and fly away like a butterfly.

It is a time for reviewing the actions of the past year and resolving to start anew. Every year we try valiantly to emerge as a new person only to fall back on old ingrained habits while most of life continues much as before. Tabula rasa (a blank slate) is not as easy to achieve as one might think, but it is a worthy effort nonetheless.

And of course, each major world religion has its own way of figuring out when the year begins.

In Christianity, Advent (December 1st to 24th) is the beginning of the Christian liturgical new year, a time to celebrate the nativity of Jesus and prepare for his rebirth.

Buddhists too celebrate the New Year. They take
images of the Buddha in procession through the streets; worshipers visit Buddhist sanctuaries; monks are given gifts; exorcism ceremonies are performed by families to remove evil forces. It is a cleansing of bad habits and a dedication to future good deeds.

Muslims celebrate the Islamic New Year (Muharram) on the first month of the Islamic lunar calendar. Dates differ from year to year as they are based on a lunar cycle beginning with sighting of the new moon. Muharram means forbidden and many observe it by fasting on the 9th and 10th day of the first month of the year. It also honors the emigration of Mohamed from Mecca to Medina known as the Hijrah and gives the first day of the moon its name. Many Shia Muslims also perform chest beating, flagellatio0n and forehead cutting in repentance At this time the Muslim year is 1440.

In Judaism Rosh Hashanah (Head of the year) and Yom Kippur (Day of atonement) occur on the 7th month of the Calendar and is a time for rejoicing but also for introspection, repentance and reviewing of the actions of the past year. Yom Kippur is the holiest day of the year and is celebrated as such. By comparison Chanukah is a minor holiday.

In Israel a Gregorian calendar was adopted in 1917 and the beginning of the secular new year was reset to
January 1, 1918. In pre-state Israel, under the British Mandate, Orthodox Christians celebrated the new year in
Mid-January, Muslims in summer and Jews in early Fall. We are now in the Hebrew Year 5778.

In Russia the Soviets officially adopted the Gregorian calendar which starts the New Year on January 1, but the Orthodox Church is still quite influential and its New Year only begins on January 14.

So here we are now in the United States on the 5th day of January 2020 and it is time to wish everybody a joyous, peaceful, productive, and Trumpless New Year!

Thank you for the informative, cheerful, and uplifting new year’s message. Wishing you a healthy and happy new year without a fall and without a cast.

MANY THANKS FOR THE LATEST ISSUE OF THIS NEWLETER, THE FIRST IN 2020.

NO NEED TO ASK ME IF WANT TO RECEIVE THIS KIND AND RESPECTFUL ISSUE. I AM ALREADY RECEIVING IT FOR YEARS. THANKS TO OUR LADY SIMONE – I LWAYS APPRECIATE WHAT SHE IS SAYING AND I REPLY TALKING TO HER ADMIRED SENIOR LADY PICTURE.

AGAIN — HAPPY NEW YEAR TO OUR LADY AND TO YOUR TEAM. CONGRATULATIONS AND KINDEST WISHES FOR THE NEW YEAR AND MANY MORE YEARS TO COME..

Do you think these groups all have “Holidays” this time of year because there is something special about these months, or do you think it is a coincidence/result of cultural diffusion via hundreds of years of interaction/conquest?

Probably both,
December is a short dark month and we need to add some joy to it .

wpDiscuz
6
0
Would love your thoughts, please comment.x
()
x
| Reply
You are going to send email to
Move Comment