It’s a good time to get away so I’ve been thinking about outer space.

When Christina Koch was five, she knew she wanted to be an astronaut. She became an electrical engineer and in October of last year, she and Jessica Meir, a marine biologist who scuba dives to study Emperor Penguins, made history by completing the first ever all-female spacewalk. They worked together for just over seven hours replacing a faulty battery charge/discharge unit.

Fifteen women have done space walks so far. It took awhile to get more women into space because of a lack of spacesuits that fit them properly. Spacesuits were designed in the 1970’s and all the original astronauts were men (and tall at that). And recently a NASA administrator has said there are “physical” reasons that make it difficult for women to perform spacewalks. I seriously doubt that and I’m not alone.

Planet Earth is an oasis floating in the immense void of space and it is the only place that provides sustenance for humans. We can “walk” in space, but we cannot eat, drink breathe or sleep there.
We take our daily sensory inputs for granted until they are absent. The Big Void is not our natural living milieu. I learned that space suits are actually miniature spaceships for one person. 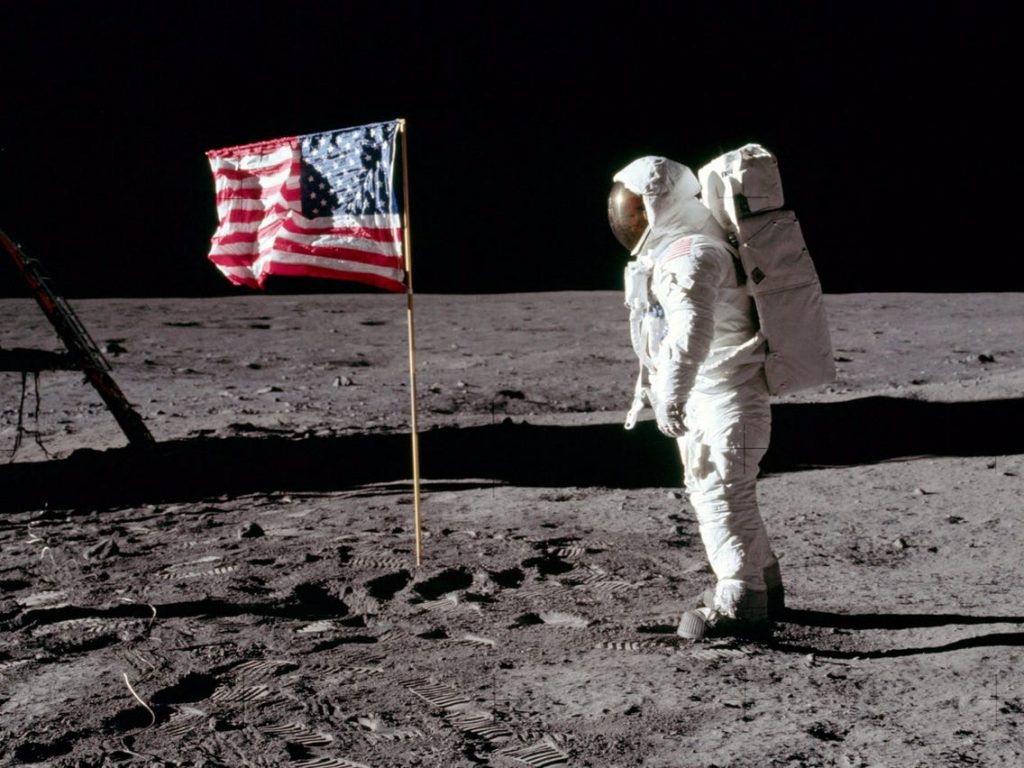 The flag just stands there like an unmoving sentinel. It has been planted in the vast nothingness of the moon’s surface and no wind ever ventures there.

Because there’s no air up there, the flag (original cost $4.95) was fitted with telescoping rods to hold it horizontally. They made the rods, they got them to the moon, but the lubricant on them was wrong so they couldn’t extend. So the flag looks like it is fluttering.

There are 6 other US flags on the moon, all intentionally designed so they will look the same as that first flag.

Part of the inscription at the base of the first flag reads:
”We came in peace for all mankind.”

It’s nice to be reminded of some of the good things going on in the world.

Your opening sentence made me smile! Thank you, Simone, for yet another fun and informative blog post!

I am reminded of a Bob Dylan song “The times they are a changing”. Apparently Bob was seeing much further in 60’s itself. Yes , the world is now awakening, slowly but surely, to a new reality.

And there is a deeper “touch” to the outer space itself. A very short book by Joseph Campbell “ The inner reaches of outer space” awakens us to it.

wonderful to be taken away from this planet for a few minutes…awesome video. I did not know that story about the malfunctioning flag, thanks for sharing.