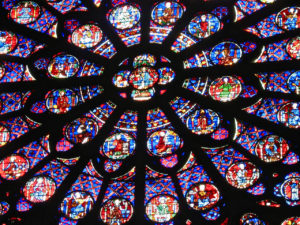 I saw Notre Dame Cathedral for the first time in December 1946. I had just arrived in France from Tel Aviv and cathedrals were not part of my life experience. I did not know a gargoyle from a chimera. As I stood on the vast esplanade in the piercing cold and looked at Notre Dame, I felt I had been struck by a physical blow. Carvings, statues and intricate decorations were everywhere.  I knew I would come to this place many more times because there was just too much to absorb.

This was a wholly aesthetic revelation. Religion was not a part of it. 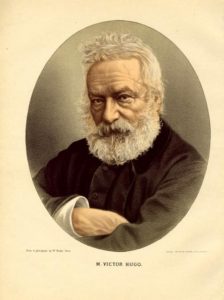 Notre Dame has stood on the Ile de la Cite for more than eight centuries. Victor Hugo was fascinated by it and believed it represented all of France’s history.  In 1792, during the French revolution, the interior of Notre Dame was entirely gutted and many statues were decapitated. Victor Hugo led the campaign for restoration.

Notre Dame and other major churches were rebuilt in the 1800’s and are sometimes called 19th century cathedrals. For instance, Notre Dame acquired its monumental spire, now so sadly lost, in 1859.

Artists, painters and sculptors were deeply affected by cathedrals. Renoir said, “no modern building can be compared to Notre Dame.” According to Rodin, “the whole of France can be found in its cathedrals just as the whole of Greece can be found in the Parthenon.” Starting in 1892, Claude Monet created a series of paintings of the Rouen cathedral trying to capture its many moods by painting it at different times of the day.

At the end of World War II,  Pablo Picasso painted Notre Dame many times. Here’s a beauty from 1945 you might not have seen before. 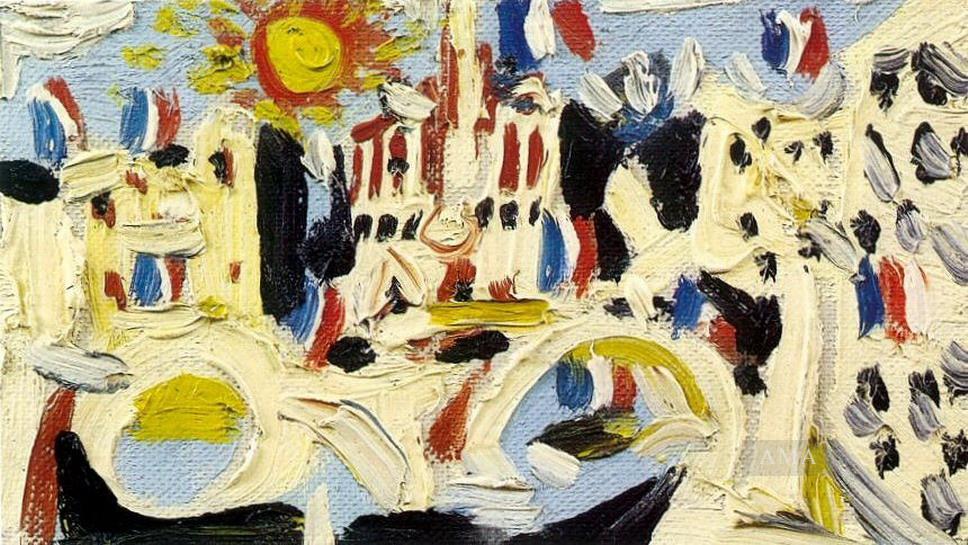 Napoleon had himself crowned in Notre Dame and when  Charles de Gaulle returned to Paris after its liberation, his walk through the city ended at Notre Dame.

This enduring Cathedral will continue to inspire us all.

Editors note: More on France, Art and Cathedrals next week.

I have always loved the rose windows at Notre Dame and was glad to learn that apparently they were not damaged. Also I have a fun memory of sitting on the lawn behind Notre Dame, reading The Hunchback of Notre Dame by Victor Hugo and looking up at the bell towers from time to time where much of the action takes place.

Yes.that is a good quiet area from which to enjoy Notre Dame

Hey Simone, loved the article, I am so glad Notre Dame will be rebuilt.

When I grew up in Korea, Notre Dame was Victor Hugo’s and I thought Esmeralda was the most beautiful name in the world. Later read Leo Steine’s(Gertrude’s brother) comment on it: Notre Dame is squatting while Chartres is soaring. Yes, she is sitting in the middle of the Seine, all the sights and tourists. She is like a grandmother whom you can count on, always there to greet you. I would look at her sitting on a bench from the left bank. Today, Simone, I am looking at this Picasso, for the first time.

I have so many fond memories of Notre Dam, I will never forget the first time I saw the rose window.

I was un-aware of this Picasso. I think it captures his style beautifully. I can’t help but wonder if Pablo’s brain worked a little differently, and that he saw color and shapes differently than the rest of us? What do you think Simone?

I am sure it worked differently. that is why these great paintings
emerged out of his brain.

I’m glad that I was able to visit the cathedral before the fire. I know that it will eventually be restored to its original state but it will take a long time. It survived the major destruction by Napoleon so this is just another chapter in the history of the cathedral’s damage and deterioration through the centuries. It could have been a lot worse. Many invaluable artifacts were saved and there was only minor damage to the grand organ.

Hi Simone,
After reading your writings on the Notre Dame Cathedral I thought you would enjoy this article about how it may be rebuilt.
https://www.latimes.com/world/europe/la-fg-france-paris-notre-dame-guedelon-20190528-story.html

Very interesting article Roger. That would be amazing if they could restore Notre Dame that way.

The fire that damaged the Notre Dame could have been much worse. Many of the relics were saved due to heroic efforts by first responders to create a dangerous human chain. They recovered the Crown of Thornes and the Tunic of St. Louis. The Great Organ was also undamaged as were several rooftop statues that were removed before the fire for renovation. In time I’m sure they’ll do a great job restoring the old cathedral.

That is extremely fortunate.

Just like Victor was fascinated by the Cathedral and believed it represented all of France’s history, I totally believe that too. If Victor hadn’t led the campaign for restoration of the cathedral after the war when the insides were gutted, I can’t even imagine what it would be like for us all and not just the French’s.

I certainly hope that it will be restored in time.

Interesting. This cathedral holds a lot of memories. I’ve always mentioned it to be the first place I’ll come see once I get the means to do that. I’ve seen a lot of pictures about Notre Dame but I think I need to see things out myself. It will really be fantastic!

France has many cathedrals and they are all fascinating to visit.

Now I’m sure I just learned amazing facts about Notre Dame. Since the fire, I’ve been following up on news about it and so far we can still call it that homely and sacred place it once was. I was on the streets of France when it happened and as we received the news a good number of people, including myself, rushed down to the venue. It was not nice to watch a historical symbol come down in flames. Good thing, there was fast response and damage was reduced.

Our Lady truly lives on. Interesting post, Simone. I always look forward to reading your insightful posts as I know they are mostly a part of your experience. Thanks greatly for this. I’ll definitely share with my circle because I’m very sure they would love the gist too.

Great architecture will always fascinate us.

Wow. Eight centuries is quite a long time for a structure as often used as the Notre Dame. When I saw the news that a part of it got burnt, u felt really sad. Though I’m not a Christian, I know what these structures can mean to the people. It’s nice that worked started in earnest to get it fixed. This will definitely raise the hopes of those whose spirits have been dampened.

We’ve got a lot of such today and it’s wonderful how they are things we can relate to and apply the advice to our own situations. It has taken many forms today though. The most popular still being the advice section. Got lots of things to learn from that column for everyone.

Author
Simone
Reply to  May

wpDiscuz
22
0
Would love your thoughts, please comment.x
()
x
| Reply
You are going to send email to
Move Comment