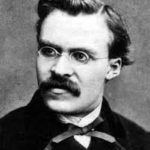 “What does not kill us makes us stronger.” That notion is attributed to the philosopher Friedrich Nietzsche.

Nietzsche thought we could turn misfortune to our advantage and seek to build up strength by overcoming adversity. This would help us in future battles. We could become invincible and who doesn’t want that?

This is a very alluring concept also sometimes called the school of hard knocks. Kids who grow up in tough neighborhoods learn how to defend themselves against present and future bullies.  People who recover from an infectious disease usually develop antibodies that circulate in the blood and kill the pathogen if it shows up in the future.

Of course, bacteria can get strong too. If they are not killed by antibiotics, they can mutate and become immune to them. Did they study Nietzsche? 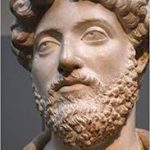 All of this relates to the Stoic philosophy which says that we do not control events but we can control ourselves and our reaction to them. The Spartans of antiquity adopted that idea and taught themselves how to confront challenges head on, perform rigorous exercises, accept pain and learn from it. The idea was to practice misfortune to be ready when it came. Some Romans like Marcus Aurelius, Epictetus and Seneca were converts to this idea. So was George Washington. 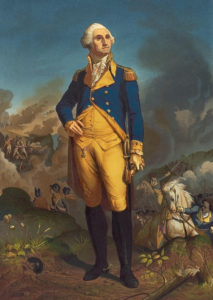 But can we apply this philosophy to the corona virus epidemic?  Well, yes, but not yet. Do not go out and fight the virus yourself right now, because you will lose. Your body has none of the weapons it needs in the fight. You’ll get sick. You could die.

We are not going to be able to get “stronger” until a little later when our brilliant scientists develop treatments and a vaccine. I find it striking that we all feel confident this will happen. Apparently, faith in science is still alive.

But right now we must avoid it by isolating ourselves. Get in, stay in and if you are anywhere near my age, don’t take any risks that you can avoid. 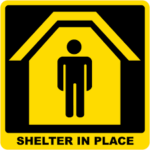 I love reading your posts. You are wise and funny like my father. Somehow life doesn’t seem so bleak when seen from your perspective

Hello, Simone. I am glad to have access to your blog again, after being cut off for a long time. I enjoy reading your thoughts and contemplating your philosophy. You have the advantage of having lived through a LOT, and I appreciate your sharing it with us. I happen to think the school of hard knocks is a pretty good school, and if it were just I, I’d probably go out to catch the virus and get it over with, figuring my system would fight it off. However, as you also point out, I’d be putting my wife and others… Read more »