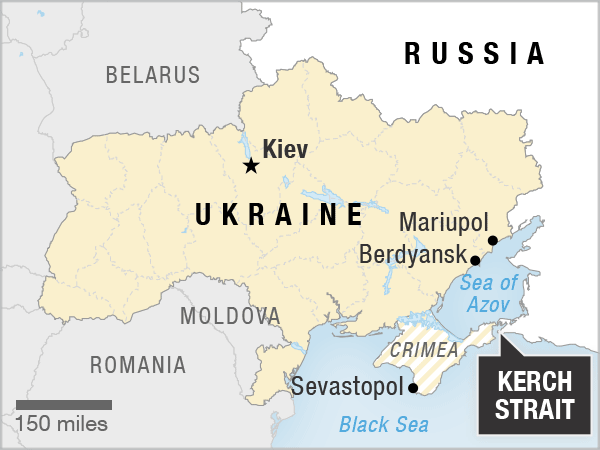 Ukarine. (note Crimea is not shown within its borders.)

I first wrote about Ukraine in 2014 during the Maidan Revolution, a response to the Russian annexation of Crimea and the establishment of two pro-separatist regions in Eastern Ukraine, Donetsk and Luhansk. Since then the pot of revolt has been boiling furiously while still being, somehow, contained.

Now Ukraine has elected a new president, Volodymyr Zelensky. This fellow is a television actor who once played the role of a school teacher who was unexpectedly elected president. It was a comedy of course, but now it is really happening. Zelensky, is 41 and was put forward by a political party which is called “Servant of the People”. 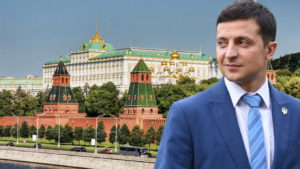 This unconventional new President has no program or agenda except for the usual “end of corruption” mantra. Since this party now also controls the legislature, he was able to dissolve Parliament.

The Pro Russian party only collected only 13% of the vote and this strengthens the hand of the new president.

That’s a good thing. Ukraine’s economy is bad. The country is suffering from a brain drain as its citizens run for the exits. Those who remain must continue to fight and deal with the Russian meddling. (where else is that a problem Senator McConnell?)

But as we now know better than ever, Russia does not give up and continues to meddle and will always be an existential threat to Ukraine. 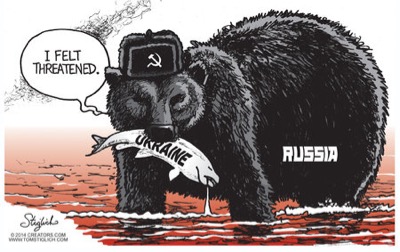 It will be interesting to see how Putin and Volodymyr Zelensky get along in the coming months. If Zelensky’s planned meeting with the US, Germany, France and the UK becomes a reality, will Putin agree to participate?

I guess we’ll have to wait and see.

But existencial threats are mutual so to say.Russia although a Big Bear also feels existentially in peril when Ukraine talks of joining NATO and bring US rockets to her territory.The best approach to avoid mutual paranoia is for Ukraine to be formally a neutral country like Austria or Finland while Russia should pledge to respect the neutrality.

Both countries should also restore their ruptured joint projects in aircraft and engine construction to complement ‘neutrality’ relationships.This would be a win-win situation for both and create the conditions and environment to ease tensions and gradually resolve the Donbas and Crimean crisis

It is easy for outsiders like us to say what these countries “should” do.
This presupposes good will on both sides and that is alas missing.

Wasn’t “Servant of the People” also the name of his TV comedy?

When things are so bad that even a TV comedian seems like a good alternative, is it rock bottom or just the start of an even greater fall? I can’t help but think both “well, it can only get better” but also “well, it could get so much worse…”

I am very interested to see what will happen, especially as the US gets weaker, and Russia suffers nothing for its annexation, will they just take the rest of Ukraine?

I don’t think Russia is at all interested in “taking ” Ukraine.
It is far too big and undigestible.
but it will needle and meddle and nibble around the edges and generally be obnoxious.

At least this comedian is honest/ He does not promise anything he knows he can’t deliver, he will try to drive this car and stay on the road

Do you know how he is doing so far? The election was a few months ago now, maybe enough time to see some differences?

I don’t know yet. Will need to watch some more news to get an idea but it is definitely something to watch

It seems like Putin needs to worry less about the elections in other countries and more about what’s happening in his own. The recent protests in Moscow have made his grip on power look shakey for the first time in quite a while. I wonder if this represents a real threat to his power or if he’ll just use the police to crush the dissent?

Putin does not know how to change.
His automatic knee jerk response to opposition
is “Crush it”.
He is the autocratic leader of an autocratic country

At least he seems to care about the people. Unlike our president who is only worried about himself and his cronies. I think that things will work out for them but I have little hope for us.

I agree with you….

It is not that surprising
the world does not change as much
as we would like it to.

Sometimes, things can be really funny. How come the name of his tv comedy be the same as the name of the party that made him the president. I think Ukraine should expect more dramas soon.

So far I have learned nothing more about this.

This just gets interesting. Well, I’ll agree with Zac here. He was a TV comedian really? Hopefully, things haven’t gotten that bad. I believe it can only get better as he seems to have his head in check not really pushing lies down the throats of people but definitely trying to work out something good as far as I have heard.

It does not really matter what you were before you became president
as long as you do your best for your country and counter Russian interference.