Three men dominated the intellectual world of the 19th and early part of the 20th centuries. They were not scientists. Not one of them spent any time in a research lab or conducted any scientific experiments; yet each in his own way altered the existing cultural landscape.

I also think that each one of them was noticeably wrong about some of the things he believed. 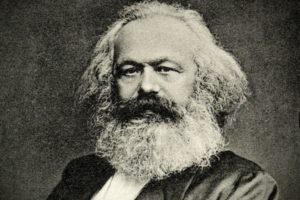 Karl Marx (1818-1883) believed in the existence of a class struggle between the bourgeoisie and the proletariat and thought this struggle was intrinsic to the capitalist industrial world. One group controlled the means of economic production and profit, the other provided the labor. The conflict between them was that of oppressor against oppressed and revolution was the only means by which this situation could be reversed.

This was to be a communist revolution on the model of the French Commune uprising of 1871 in which the Paris commune rose against the French Government after the French defeat by the Germans in the Franco Prussian War.

The Revolution did occur, but it happened not in the capitalist industrial world but in an agrarian Russia in 1917. It quickly lost its focus and created a new set of oppressors. The labor theory of value has since been discredited. The idea of an inevitable overthrow of the dominant class turned out to be too rigid and somewhat naïve. 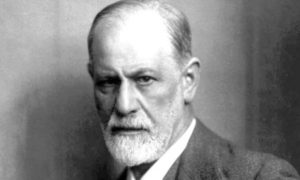 Sigmund Freud (1856-1039) was the inventor of psychoanalysis and the interpretation of dreams and delved into the unconscious for an explanation of human behavior. Freud said: “Human beings can keep no secrets. They reveal their innermost selves with their unconscious mannerisms. Whatever we do we are expressing things about ourselves to people who have ears and eyes to see.”

Freud coined the concepts of the id, ego and superego and explained their working within the human being. His concepts are still hotly discussed though they have fallen out of favor in the scientific community. But popular culture appropriated many of his insights. “Freudian slips”, “the subconscious”, “cathartic release”, and “defense mechanisms” are now part of our vocabulary.

Freud, like Marx, stimulated others to think about new topics even though both men were often not entirely correct in how they viewed these topics. 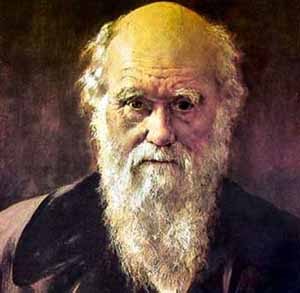 Charles Darwin (1809-1882).
In “On the Origin of Species” in 1851 Darwin outlined his theory of natural selection, which states that all species of organisms arise and develop through the natural selection of small variations that increase their ability to compete, survive and reproduce. He believed that species changed and mutated over time and gave rise to new species that shared a common ancestor. Each mutation created a more complex and efficient organism.
Here are some of the arguments that critics advance to question some of his thinking:

Darwin does not explain how life originated in the first place.

Natural selection is too slow to spread traits.

Some also question whether evolution is directional and has a specific aim or is blind and random.

Earth is much older than Darwin states.

Some new traits do not increase survival chances.

These interesting criticisms do not delve into religion and “creationism” which is a separate controversy.
It is interesting how some thinkers can be so wrong in important ways and yet stimulate so much change, influence so many thinkers, and propel us towards new ideas.

Most of the great ideas and seminal thinkers were not “experts” in their field. Their expertise transcended narrow focus. They were not university professors. They were not “noted researchers.” True genius is constructing a set of ideas in a novel and compelling fashion.

I wonder about Marx…and when or if we’ll see a revolution in America again…how long can inequality increase before something is done?

I wondered if there was a connection between GIni and civil wars, and sure enough someone has written about this already.

In short – yes, a rise in inequality increases the liklihood of civil war.

Basically, when are things so unfair, and so unable to be rectified, that the risk of death and mayhem beats the status quo?

I think Freud’s most interesting work is on his theory of the Oedipus complex. He claimed the Oedipus complex was ‘the central phenomenon of the sexual period of early childhood’. He was widely criticized by other theorists for exaggerating the influence of sexual instinct in his account of personality development.

The majority of Darwin’s critics are mostly from religious groups and not the scientific community. A law was passed against teaching “any theory that denies the story of the Divine Creation of man as taught in the Bible.” The 1925 Scopes “monkey” trial eventually caused the law to be overturned.

We cannot make laws about science. It makes its own. In many counties, there is a strict separation between religion and science, but somehow the US hasn’t quite managed it.

Yeah. It is interesting how some thinkers can be so wrong in important ways and yet stimulate so much change. I can remember learning a lot about Freud’s theories in school and how we even applied them to some of our practices.

You can find good ideas in many places.

Fascinating. These three men really influenced a whole lot of people and we started having new ideas. It’s really not easy to escape it as we even meet their teachings in school and even when we communicate with some people who are also influenced by it. Especially that of Sigmund Freud.

You can find good ideas in many places.

Yes, they were very wrong in most of their beliefs they shared. I mean, how can we say that some people controlled the means of economic production and profit, while others provided the labor and that revolution was the only means by which this situation could be reversed? Personally I don’t think that will be the closest solution to the issue at hand.

These three men surprisingly influence us greatly in one way or another. We learn their teachings in class, deliberate on their beliefs and even put them up for arguments. I will just say that to an extent, we borrow ideas from them and act as influenced by their words.