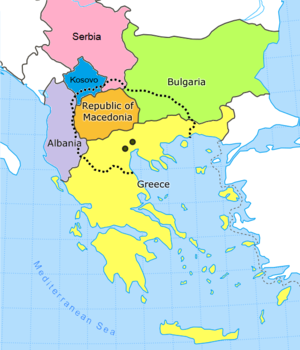 Macedonia became an independent country in 1991 when Yugoslavia, of which it had until then been a part, disintegrated. Ever since that time Greece has been loudly proclaiming its objections to the use of the name Macedonia because it is the same as one of Greece’s own historic regions (of which what is now called Macedonia was a part).

There are strong feelings on both sides and the dispute has yet to be resolved. In antiquity Macedonia was a part of the Roman and Byzantine Empires. Alexander the Great launched his conquests from ancient Macedonia. 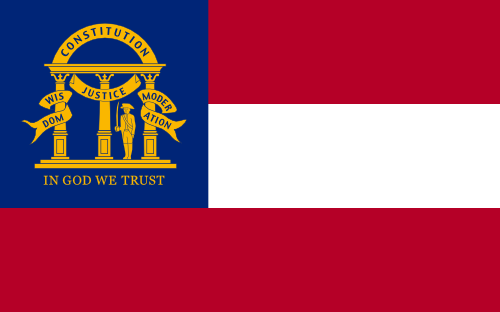 Georgia is a state of the United States, the last of the original 13 colonies, named after King George II of Britain.

Georgia is also a country situated at the intersection of Europe and Asia and a former Soviet Republic. Its red and white flag features St. George’s cross. 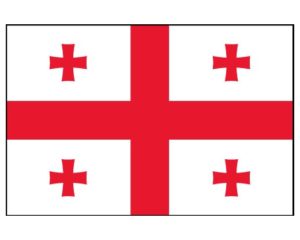 The capital is Tbilisi which used to be called Tiflis. Russia and all the other Slavic countries call it Gruzia. Georgians hate that name because it is associated with the times when Georgia was part of the Russian Empire. Georgia would like to stop other countries from calling it Gruzia.

People sometimes confuse Slovenia and Slovakia, both middle European countries. Slovakia used to be married to Czechoslovakia, but they divorced amicably in the 1990s. Slovenia was another one of Yugoslavia’s component parts, which was cast adrift after Yugoslavia ceased to exist.

It is not unusual for countries or cities to call themselves by one name while other countries call them by a different one, often one that they have discarded. Bombay became Mumbai, Peking is now Beijing.

The French, however, continue to use the old names. This is not surprising. They also call Torino Turin. We refer to Firenze as Florence and what we call Venice is in fact Venetia. Old habits are hard to forego and sometimes we never bothered to learn the correct names anyway.
Name origins have mostly faded into oblivion. Here are some curious ones:

If you Google country names or some equivalent expression you can find many more fascinating ones.

Editor’s note: We sincerely appreciate your comments and hope you will send some in….it makes the blog better!

The term “Indian” also lends itself to confusion due to a geographical misunderstanding. When Christopher Columbus landed in the “new world,” he thought he had landed in India. Thus he named the inhabitants of this land “Indians.” To this day, if you use the term “Indian,” you have to specify which Indians you mean. The term “native Americans” is thus more useful. But people from India are still Indians, thus sometimes need clarification, as in “He’s an Indian from India.”

What is in a name? Perhaps a lot: emotional, political, and although far-fetched, economical. The Korean Peninsula is located between China and Japan. The body of water between China and Korea is referred to as West Sea( Korean point of view), the East China Sea, or Yellow Sea, Yellow Sea it is because of yellow particles from Gobi Desert and lately from the pollution. The name of the water between Japan and Korea has been in disputes for a long time. Many commissions and meetings between the two nations have failed to reach a resolution. Google map calls it The… Read more »

also reminds me a lot of the conflict over the use of the word “Palestine” and if it’s a place or a country or who has the right to use it. So much emotion and conflict gets fraught up in the name of the thing. I didn’t realize the passion the Greeks still had for Macedonia.

It is interesting how much importance some people put on a name. Whether it be a country or even the name of a street, highway, or park. I know of several instances where a highway is officially called one thing and all of the local citizens call it something completely different. There are also park names that are the same way. For example Denali National Park is the official name but many people refer to it as Mount McKinley.

Names are important. They are symbols and they should represent accurately what they stand for. Like Ambassadors from a coountry they are the face of that place.

I can’t believe Bombay was formerly Mumbai. I’ve always wondered where that name went to as I heard them a lot as a kid only to grow and hear a little about it. Thanks for clarifying this.

Thanks so much for writing.